Nov 13, 2016 – We have seen a lot since the last post: family and friends during a super quick visit back to LA for Halloween, a good portion of desolate and beautiful old Route 66 between Needles CA and Williams AZ, and petroglyphs on a hike outside of Williams. I had to scroll back through my pictures to remember, because it pretty much all pales in comparison to Grand Canyon, the next stop after Williams.

Our timing lucked out with it being low season but still not too cold. We were able to get a spot at Trailer Village, the one full hookup (water, electricity, sewer) RV park at the South Rim. Chris has been to Grand Canyon when he was a teenager, but this was my first time, and I was so excited. We arrived in the afternoon, and even though I was dying to see the Canyon for the first time (we did get a glimpse on the drive in), we waited a couple hours so we could be there for the sunset. The RV park is paved, and there are bike paths connecting the lodge and store near us with the Village and Visitor Center. I took the kids for a ride, and just outside the RV park we ran into a couple of elk, grazing alongside the bike path. It was a thrill; of course, this was before we knew that elk and deer like to hang out and graze in the RV park and we had several more up-close viewings.

I’m not going to try to describe seeing Grand Canyon for the first time, except to say that it lives up to all hype and expectations. We drove to the Visitor Center nearby, the kids picked up their Junior Ranger workbooks, and then we walked to the Rim. Mather Point is an easily accessible and popular viewpoint, and it was busy, but not crowded. Rita gasped with delight; it was great to experience seeing it with her for the first time. Charlie was impressed, until he found out that Grand Canyon is full of Pokémon and that was more impressive. (Seriously, if you play Pokémon Go, consider a trip to Grand Canyon.)

We found out pretty quickly that a challenge of going to Grand Canyon with young children, besides an obsession with Pokémon that makes one of the world’s Seven Natural Wonders pale in comparison to catching imaginary beings on a cell phone, is the lack of guardrails. Standing at the Rim created a dizzying combination of vertigo and fear, along with awe, that made it clear from that first visit that we would not be comfortable doing any major hikes here. We told the kids that the reason there are few railings in the National Parks is to preserve the views, and that people are trusted to behave responsibly. We told them that every year a few people fall, and they die. And we told them that the people we saw right at the edge taking selfies or posing for pictures were idiots.

So, no hike down Bright Angel Trail into the Canyon for us. But there was still plenty to see and do along the Rim Trail and in the Village, with both El Tovar Hotel and Bright Angel Lodge. (I love a National Park Lodge.) We listened to a Ranger talk about the California Condor, and the federal population recovery program that has brought the Condor population from a total of 23 single birds in the mid-1980’s to over 400 currently in captivity and the wild. Unfortunately we didn’t get to see a California Condor, but the kids had an extra special Junior Ranger pledge given by Ranger Sarah right at the Rim (with railings!).

We took the shuttle bus seven miles west from the Village to Hermit’s Rest, with stops at several viewpoints along the way. This was a great way to see a lot more of the Canyon without hiking along the Rim. Hermit’s Rest is one of several historic Grand Canyon buildings designed by the architect Mary Colter between 1905 and 1935. Learning about her career in the Southwest, and seeing her revolutionary Rustic buildings in the landscape they were specifically designed for, was one of the highlights of the visit for me.

Another highlight was watching the sunrise. Chris and Charlie were neutral to the suggestion, but Rita enthusiastically agreed to be woken up early to join me, even though she’s a kid who loves to sleep well past 8am. We left the RV park around 6:30 just as the sky was getting light, found ourselves a seat on a rock wall with an open view, and cuddled together under a blanket. As the sun rose behind us, the contours and colors of the Canyon slowly and subtly became more apparent, until the sun broke over the horizon and the tops of the Canyon peaks were a glowing pink. It was wonderful, and a special moment to share with Rita. (I hope she remembers it; I’ll be sure to remind her every couple years until she is at least 30.)

We drove east out of the park, enjoying new vantage points and stopping at Mary Colter’s Desert View Watchtower. Now we are in Flagstaff for a few days, which is a cool town surrounded by an embarrassment of stunning landscapes and National Monuments. I documented on Instagram our visits to three National Monuments: Wupatki and Walnut Canyon, two ancient Native dwellings, very different from each other but each spectacular; and the nearby Sunset Crater Volcano.

In addition to enjoying the natural beauty and history of the area, I’ve done ten loads of laundry (A+ rating: lots of machines, low price per load, big table for folding, no closing time, close to our campsite), and we’ve had our second playground injury. Charlie’s face, again – he landed on it when he fell off the monkey bars – but thankfully this time no ER visit was necessary. After surviving the Grand Canyon, the steep and narrow walkways around Walnut Canyon, and a hike on a rocky trail just this morning, it was the campground playground that drew blood yet again.

It is starting to get real, actual cold at night now, so after a drive to Sedona tomorrow and one more night (and one more load of laundry) in Flagstaff we are heading south to Tucson. 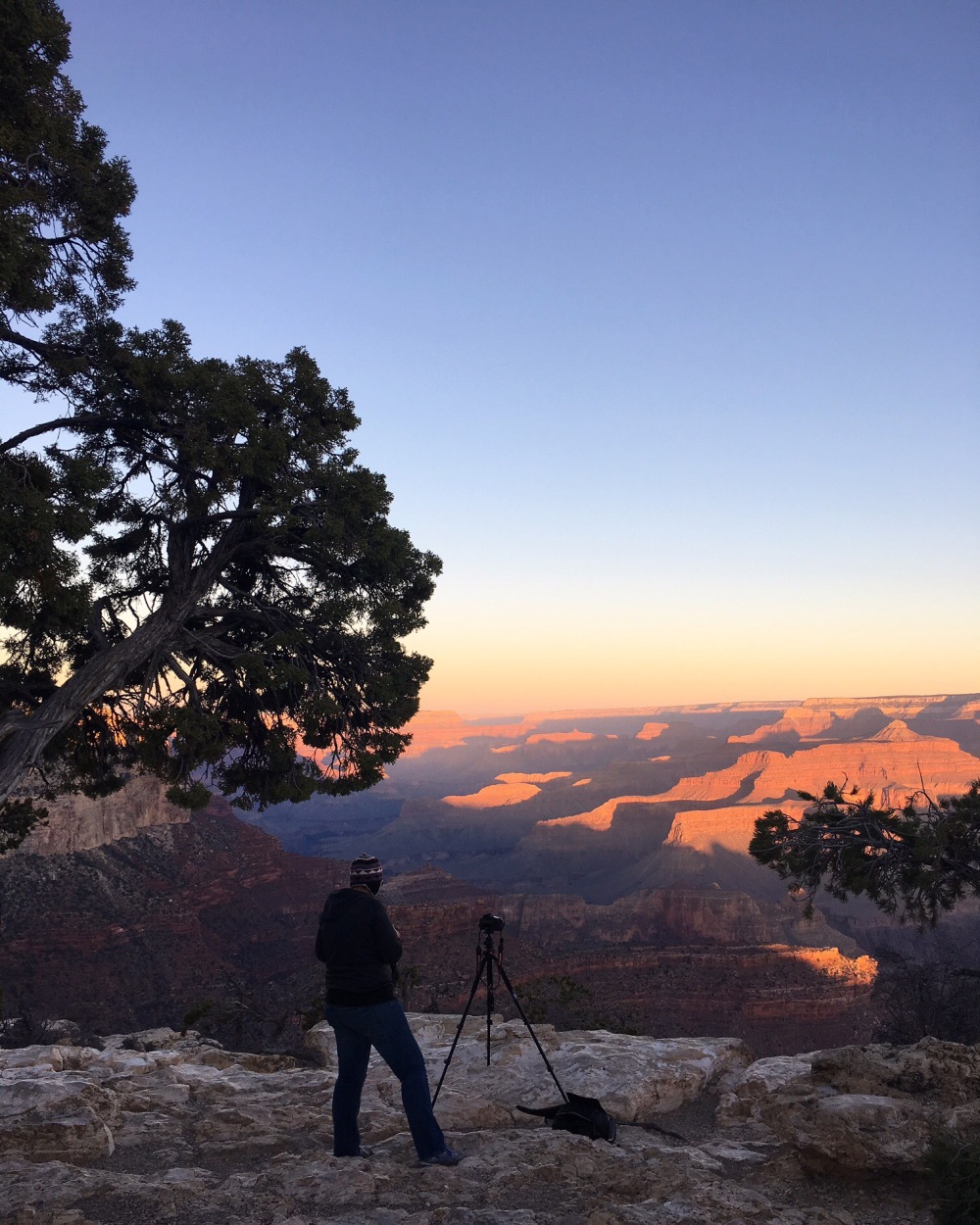